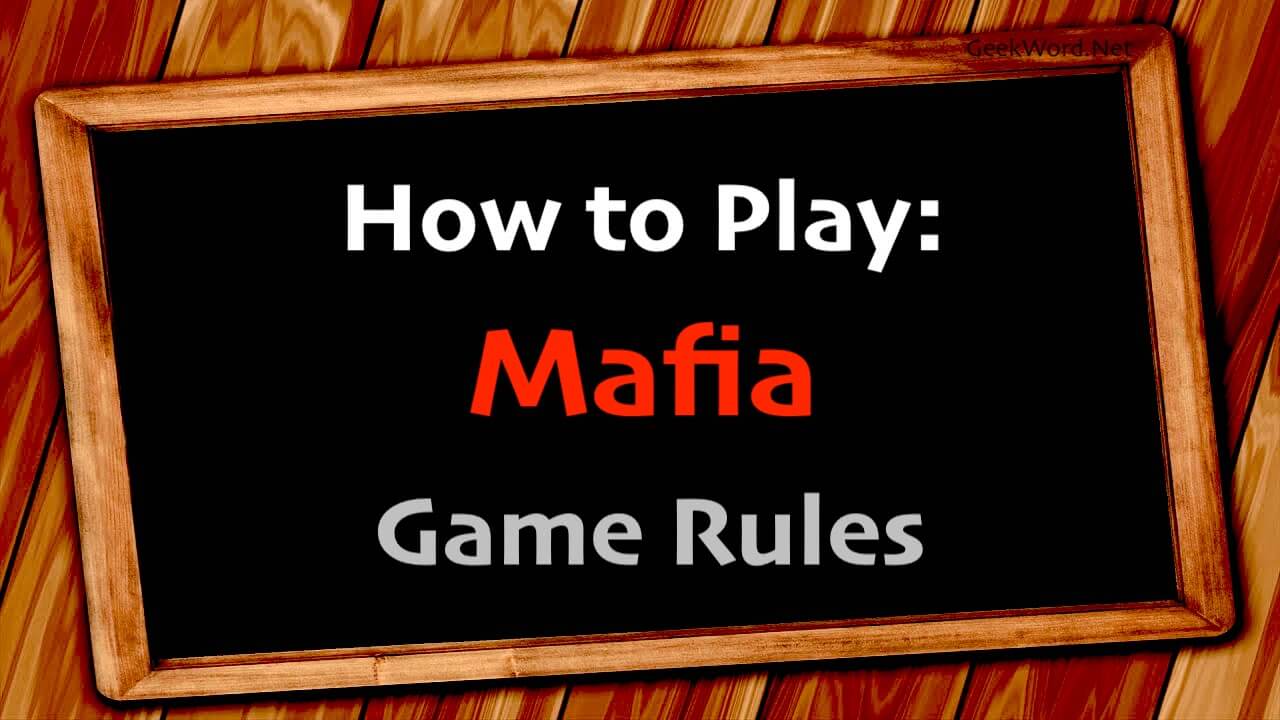 Mafia is a popular multiplayer game that has existed for a long time. All participants engage in the play and suspect one another of being members of the deadly Mafia (in the play, of course, not in the actual sense). But, because people can’t get together and destroy one another, the next good option is to perform this game remotely via google meet or zoom meeting. Generally, a Mafia game is played with cards but, while playing online, one has to follow the Mafia game rules without cards.

Mafia is a social deduction game that typically involves between 7 to 20 players. The game is played in two phases: Night and Day. At the start of each game, players are secretly assigned roles such as “Mafia Member,” “Detective,” or “Civilian.”

During the Night phase, the Mafia members secretly select one player to eliminate, while the Detective can choose to investigate one player to determine their role.

During the Day phase, the players discuss and vote on who they believe is the Mafia member among them. If a majority vote is reached, that player is eliminated. This process repeats until either all Mafia members are eliminated or they outnumber the other players.

The goal of the game is for either the Mafia to eliminate all other players or for the Civilians to identify and eliminate all Mafia members.

How to Play Mafia?

Here’s a basic rundown of how to play Mafia:

These are the rules and basic mechanics for mafia game laying, and the game may vary depending on the version being played.

What Would You Require To Play Mafia Online?

So, Mafia game rules online are pretty much similar to offline patterns. To enjoy this play, what users require is a computer or mobile to conduct their google meet or connect to zoom meetings with high-speed internet access. There is no need for any sheet or anything else. The ‘Narrator’ would be in charge of all gameplay parameters like encouraging players to talk and so forth.

To maintain your role secret from the audience, you may be required to connect with the Narrator through a direct message in the text box or on another call.

How Do I Get The Game Started Set Up Gameplay And Give Roles?

Before you begin with the game, you must first delegate the Mafia game roles to every participant. Each participant has a specific character to perform in the game then, every character must behave in a specific manner. That’s how the team should be organized: 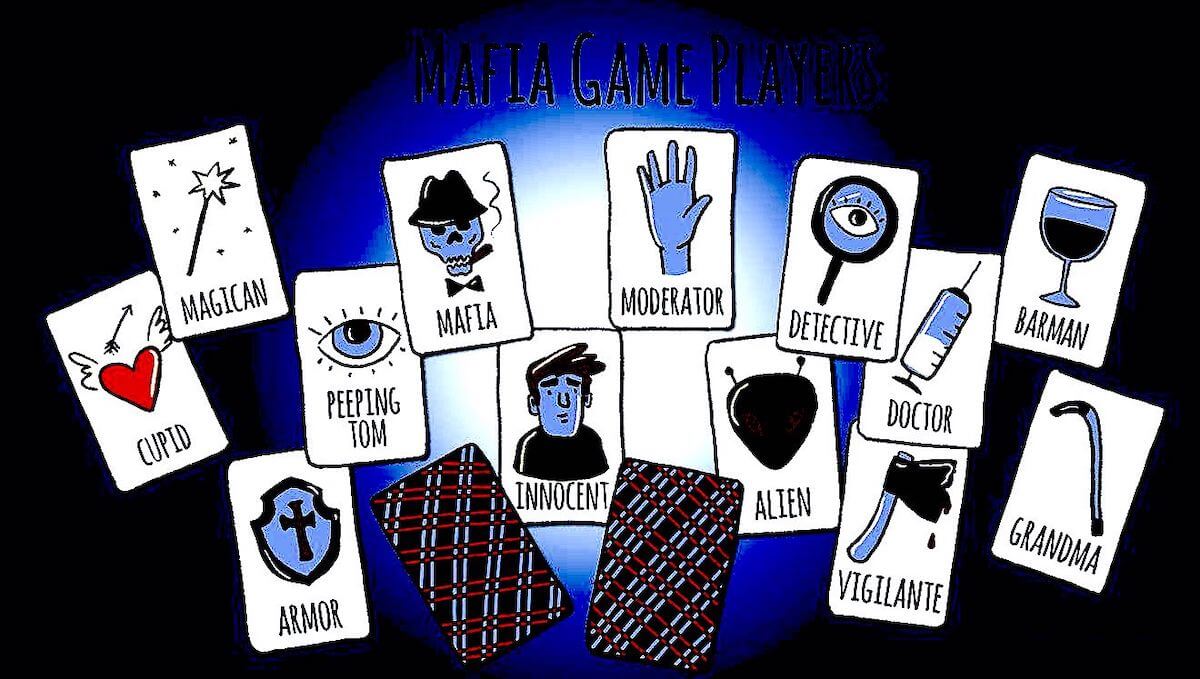 What Exactly Does Each Character Imply?

You must now understand what every character means to play it out successfully.

Nota bene: Throughout the daytime, all the participants hold their eyes open, although, at dusk, just the participants who have been summoned can do so. There is not much difference in the game, so you don’t have to worry about how to play Mafia online.

The Narrator is indeed the individual that moves the play forward. He should not consciously participate in the game; rather, he should be the one guide on how to play Mafia and should be impartial. The period of the play is set by the Narrator (daytime or evening). The Narrator must always challenge the Mafia to pick whoever they want to murder in the nighttime. He, therefore, questions the Doctor whom he wants to rescue, and eventually the Investigator which name he wants to learn.

Throughout the daytime, the narrator encourages the participants to murder one of themselves, which they suspect is a member of the Mafia.

Whenever the Narrator advises the Mafia to get up during the night, they do so. They will therefore vote en masse on who they want to attack. They have to do it secretly as well because the other players need not discover who they are.

Throughout the day, the Mafia must pretend to be ordinary civilians to persuade the other participants to murder any other person.

The Doctor does have the ability to get someone alive from death. Whenever the Doctor is summoned at nighttime, he opens his eyes and refers to someone he believes the Mafia has decided to murder. If he is correct, the individual is rescued.

Throughout the day, the Investigator should assist people in precisely killing the Mafia.

One of the most critical tasks for civilians is to track down and uncover the Mafia. Civilians are awake just throughout daylight hours. They should choose and appoint one participant (who is a member of the Mafia) to end up dead. If there are unanimous voting results, the person is murdered.

Before the beginning of the game, the Narrator should secretly contact each participant and inform them of their position. The positions of the participants should never be exposed throughout the play. 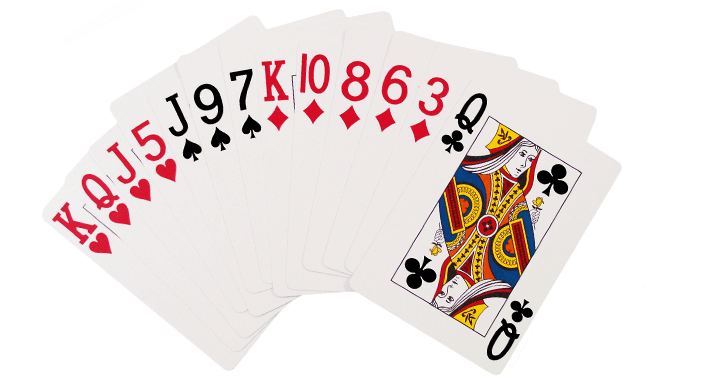 Now the question is, how to play Mafia with cards? Well, there is no difference in the process of playing, but the start setup is just a bit different. Below are the points :

Now, how to play Mafia without cards is not a hard question since the setup is explained below, and the gameplay remains the same.

What Is The Right Way To Play Mafia  Online Zoom And Google Meet?

To know how to play Mafia on zoom first things first, get on your Zoom or Google Meet video call and have everyone join in. Once all the players know their roles, it’s time to start the game.

First and foremost, invite everybody to the Zoom meeting or Google Meet video conference. When all of the participants have established their characters, it is now the moment to begin the play.

The game starts close to midnight. The Announcer says, ‘City sleep,’ which means that each one of the participants should shut their eyes. There will be no lying! The Narrator later states, “Mafia, awaken.” The Mafia, therefore, opens its eyes and secretly decides between itself and other Mafias if any participant is to be destroyed. They now secretly text the Character’s identity detail to the Speaker.

The Narrator later states, “Mafia rest, Doctor alert.” It should be up to the doctor now to keep his eyes open (the Mafia should shut their eyes). The doctor chooses a single player he believes the Mafia might well have decided to murder and secretly texts the Narrator the title of just that individual.

That brings us to the end of the evening. ‘Town sober up,’ states the Narrator today. All participants have permission to open their eyes and glance back. If the doctor is correct in protecting a participant’s life then the announcer will say nothing to the participant who was doomed to death. If the doctor is not able to rescue the Mafia’s selected individual, the Protagonist instead secretly texts the selected participant to inform her or him that they had been murdered.

The character who is murdered is unable to speak. To avoid fraud, the Narrator should silence their audio. They could, nevertheless, stay on the field and experience the show.

Throughout the daytime, all participants should participate and pose questions to determine who between them is a member of the Mafia. Try staring individuals in the eyes and wondering whether they are members of the Mafia. And that is where those investigative work talents make all the difference!

So now you know how to play Mafia card games and games without cards.

The name of different positions, groups, as well as other aspects of the game, varies according to the genre and is infinitely variable. Substitute concepts often recast the Mafia as vampires, cult members, killers, or demons, with the other characters renamed accordingly.

Mafia versions with specific guidelines have been developed over the years by participants. A few of them are mentioned below :

Variations On The Win Condition

Under that same basic Mafia law, if there are almost as many Mafiosi as innocent civilians during the daytime, a Mafia triumph is proclaimed automatically. Some versions abandon this concept and call the play only when all members from one side have been removed and, this makes the whole thing simpler to clarify and play.

Innocent civilians have the option of not killing anyone during the day. While they are frequently unaware of Mafia identity, the Civilians are much more inclined to kill the Mafia than to murder a civilian at whim at nighttime. As a result, not removing someone, however, at a whim, would usually benefit the Mafia.

If the number of safe players is even, nevertheless, no kills will benefit the Civilians; for instance, if 3 Civilians and one Mafia boss remain, polling for No Assassination provides a 1/3 probability of murdering the Mafia boss the very next day, instead of a 1/4 chance this time, implying spontaneous removal.

For a murder to be successful in certain versions, all mob bosses must select the very same target individually. This could be accomplished in a variety of measures, including:

Some multiplayer variations of the gameplay require a specific character (the Godfather or a named Mafia) to put in the kill. Another version includes a hidden and unambiguous evening time ballot but enables several participants to be linked to the executing list to guarantee uniformity.

How Does The Play Conclude?

The play progresses by switching through night and morning. The Mafia kills someone at nighttime, and the honest participants want to delete a single participant during the day.

There are two possible outcomes to the game:

Advice On How To play Mafia Online

There is no need for lying! Also, there are few means to know whether a participant has shut their eyes. This is left to the participants to avoid cheating.

Has your camera focused solely on your eyes? All participants would have been unable to say whether you are texting, as they have to focus very well on the texting Mafia game rules.

The Narrator plays a far more critical role in directing the characters. They should stay unbiased to avoid swaying the play.

Once you’ve been killed in the play, you’ll be able to see the names of all other participants at nighttime. You’ll be surprised to discover who’d been deceiving you and form bonds with the other participants who had been murdered. It would be just as exciting to witness the play unfold—knowing all the characters—as it would be to be living and participating. You’ll discuss it on the way back home and maybe the day after. The unforgettable experience of the Mafia in which you duped your peers and family into believing that you were still on that team, to deceive everyone for the victory. Now that you know the Mafia game rules, you must try playing this game at least once.

Playing Mafia-style plays digitally paves the way to long-term game sessions, such as

those found on platforms. Each day here in the actual world normally leads towards one day inside the play in those sessions, but participants sign in every daytime to check out who was murdered throughout the nighttime period.

There are some drawbacks to playing online games. Since there seems to be no need to assemble many people in the same room, arranging and playing this game of Mafia is quicker and far more comfortable. The removal of the individual participants and the requirement for participants to shut their eyes eliminates the risk of unintentional details disclosure. Online multiplayer also provides for position elements that may be too difficult to include in a live edition of the activity.