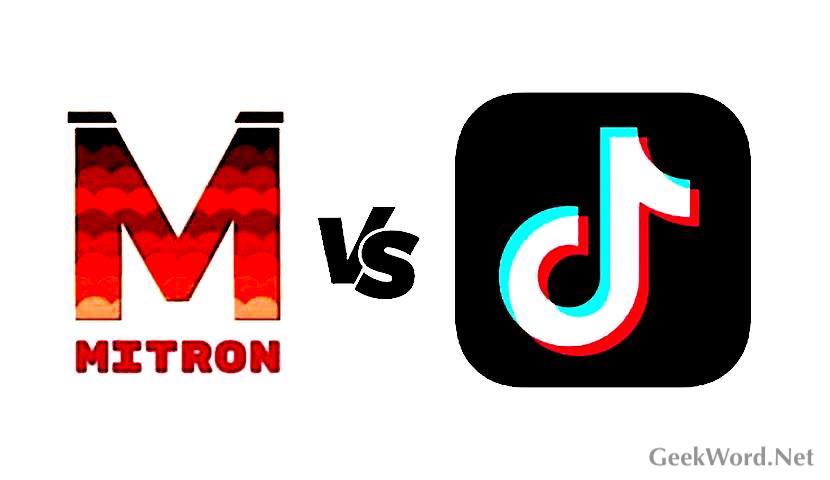 Mitron is all about being Indian, using an Indian product, and expanding the Indian market. This is an Indian Made TikTok Alternative App. It is just an initiative to make Indians self-dependent. The government has launched the “Vocal for Local” program for boosting the enthusiasm of people.

The Comparision Between Mitron & TikTok App

As far as the battle of TikTok Vs Mitron is considered, to be honest, TikTok was leading, but the future is in the hands of the Indian developers and users.

Here, let us go through the obstacles, features, and the comparisons of these two apps:

Will Mitron Take The Place Of TikTok In India?

This totally depends on the developers and users. The founder and the team of Mitron are working diligently on improving this app. It increases the hope of users for the rapid fixing of issues. Before answering this question let us analyze these aspects:

Many features on Mitron need to be updated in keeping with the demand of its users. The app should update its filters, effects, etc.

Many necessary features need to be added to the app soon in order to retain users. First of all, a search box should be added, as it will help the user to find their friends. For creating a creative video, a slow-mo, a speed of 1x, 1.5x, 1.75x, 2x, and a timer should be added. These features make the user intrigued by the app and use their creativity to create new videos.

Since this app is new and has unexpectedly become a highly-demanded app, the user needs to be patient and give time to the developer to make the app more user-friendly. We are moving towards creating a new, self-dependent India. This needs an integrated effort between a producer and a user to improve the market. We should stand together and empower them, shouldn’t we?

Technical issues such as weak connectivity, low speed, login issues, video uploading issues should be corrected as soon as possible. This irritates users the most.

So, if we are able to overcome these obstacles, Mitron will definitely take the place of TikTok in India. The sooner the better!

So here we saw the Mitron Vs TikTok Comparison. As the news says, the Mitron app witnessed an 11-fold daily traffic jump. The ban of TikTok has raised Rs. 2 crores seed funding. The situation and the time are favouring the Mitron app. When all the required improvements are done, we will soon see creators creating amazing short videos on Mitron.

People need this app for entertainment, and to show their hidden singing, dancing, and acting skills. Such apps are beneficial for the music industry as well. They can help to nurture budding talents. So, where there is a need, there is a way. India needs the Mitron app. Developers and users are working to make this an Indian TikTok app.