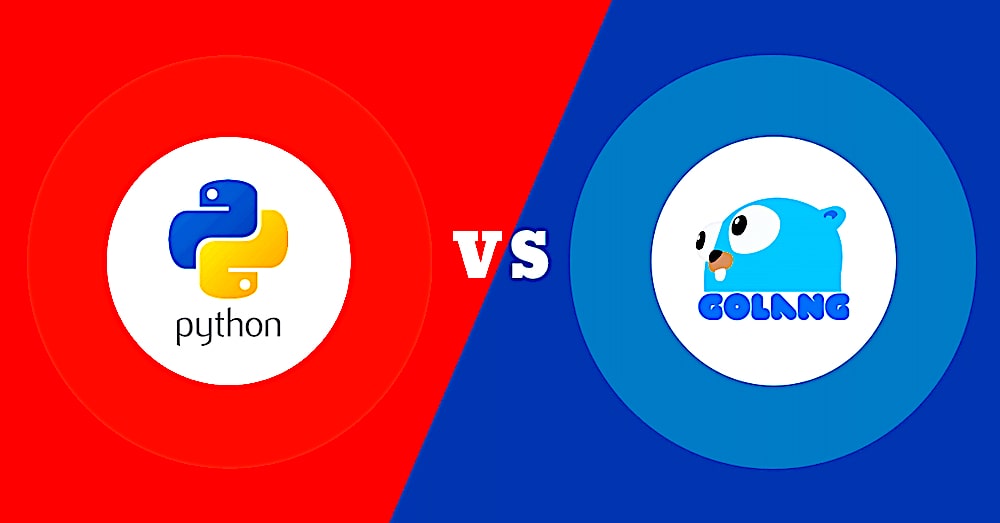 Earlier it was said that Python is the best programming language for computers, but nowadays, people are considering a new alternative called GoLang for the same. GoLang was first introduced by Google in 2009. It came with the best features from various programming languages. While on the other hand, Python is a highly used general-purpose language used by programmers on a large scale.

It is not at all easy to compare the two languages. Both of the languages have different features which are good from their own perspective. Both of them are highly useful and are recommended by the world’s best programmers for software development and other purposes. If you want to choose between the two languages, or you want to compare the two, then you have come to the right place.

Python is a popular choice for machine learning and data science tasks, due to its extensive library support and ease of use. Go, on the other hand, is known for its performance and efficiency, making it well-suited for high-performance tasks such as DevOps and microservices.

There are various languages for software development like Python, GoLang, JavaScript, C++, PHP, and many more. But when we choose among all these, generally GoLang and Python are shortlisted in the end. They have quite similar features but both work with completely different approaches. It is a difficult task to compare Python vs GoLang 2023 and choose between them. However, it’s important to note that the choice of language should depend on the specific requirements of a project. Python’s ease of use and extensive library support may make it a better choice for certain machine learning tasks, while Go’s performance and efficiency may make it a better choice for DevOps and microservices.

We first talk about Python vs go concurrency.

Both languages have quite a similar kind of structure, but you need to type a little more in Go Language. Go takes only two letters to help you in moving from an asynchronous version to a concurrent version. In Python, there is an obvious way to do it, which is not similar to GoLang. In GoLang it is simpler and easier.

Go vs Python for Web Development

Earlier people used Python and considered it the best option for web development. But since the introduction of the Go Language, people are likely to shift more towards the newer programming language. 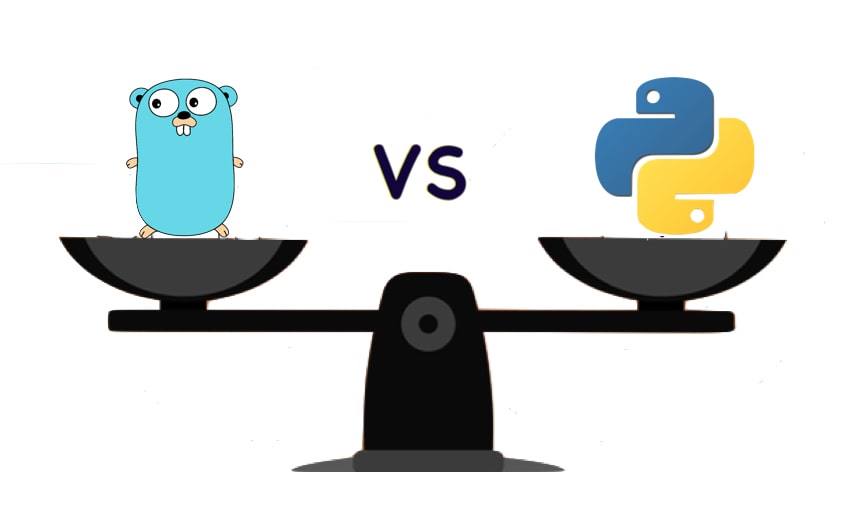 Both Go and Python are popular choices for web development, but they have some key differences that make them better suited for different types of projects.

Go, also known as Golang, is a statically-typed and compiled language. It’s known for its performance and efficiency, making it well-suited for high-performance web applications and APIs. Go’s built-in concurrency support also makes it easy to handle multiple requests simultaneously, which is useful for web servers. Additionally, Go has a smaller runtime, which can make it a better choice for projects with limited resources.

Python, on the other hand, is an interpreted language that is known for its ease of use and extensive library support. Python’s vast collection of libraries and frameworks such as Flask, Django, and Pyramid makes it a great choice for web development. Python’s large developer community also means that there are many resources and tutorials available for developers.

Go is better for high-performance web applications and APIs, while Python is better for projects that require a lot of functionality and have a larger developer community.

The most important parameter is performance. In terms of performance, Go is generally faster than Python, particularly for tasks that involve a lot of computation or network communication. This is because Go is a compiled language, whereas Python is an interpreted language, which can make it slower for certain types of tasks. Additionally, Go’s built-in concurrency support, and CPU scalability can make it easier to write concurrent and parallel programs. 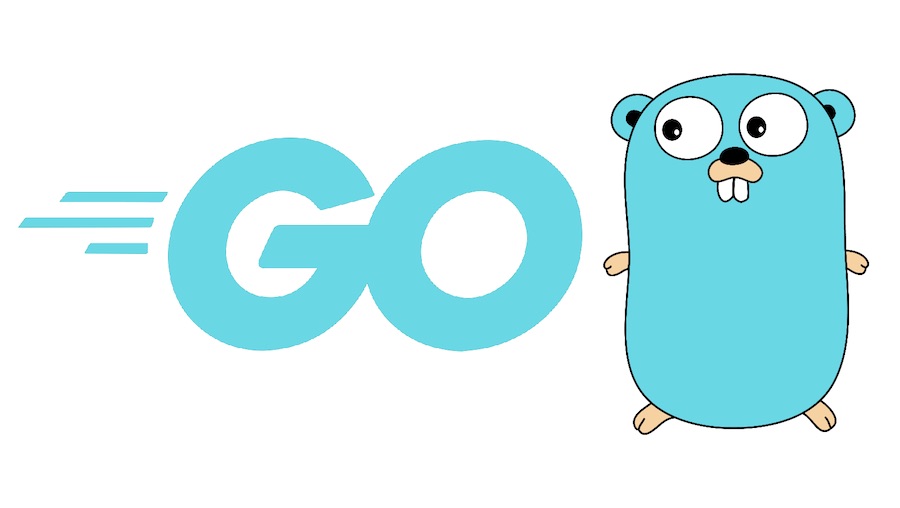 Also, it uses a goroutine. Goroutine is around 10 times cheaper than the resources that are used in the Python programming language. And it is faster as well. Also, the best part about Go Language’s performance is that you do not need a web framework. There are so many tools and features that are present in Go itself that can be used directly and needs no third-party library. It has numerous inbuilt languages to make the task easier for you and help you out with your work.

Thus, with this Python vs Go Performance analysis, we find that using Go Language is pretty much easier than the Python Language. It has easily accessible features and commands for simple use.

Python vs Go for DevOps

The next parameter for comparison between the two programming languages is DevOps. Choosing a good programming language is very important In DevOps. When you do not use a good language for programming, it might lead to unwanted results and outcomes. In the DevOps world, there are many tooling features and devices. Both Python and Go are popular choices for DevOps tasks, but they have different strengths that make them better suited for different types of projects.

Python is known for its extensive library support and ease of use. This makes it a great choice for automating repetitive tasks, such as provisioning infrastructure, managing configuration, and deploying code. Many popular DevOps tools, such as Ansible, SaltStack, and Puppet, are written in Python. Additionally, the large developer community for Python means that there are many resources and tutorials available for DevOps engineers.

Go, on the other hand, is known for its performance and efficiency. Go’s built-in concurrency support makes it easy to handle multiple requests simultaneously, which is useful for tools that need to handle a lot of concurrent connections, such as load balancers and reverse proxies. Go also has a small runtime and binary size which makes it a good option for embedded systems and containers.

Python is better for automating repetitive tasks and has a larger developer community, while Go is better for high-performance tools that handle a lot of concurrent connections.

It supports concurrent versions and multithreading, which is again a boost for DevOps. Other features of the Go Language that are useful in DevOps trends are its speed, scalability, built-in testing, and many more.

Python vs Go for Machine Learning 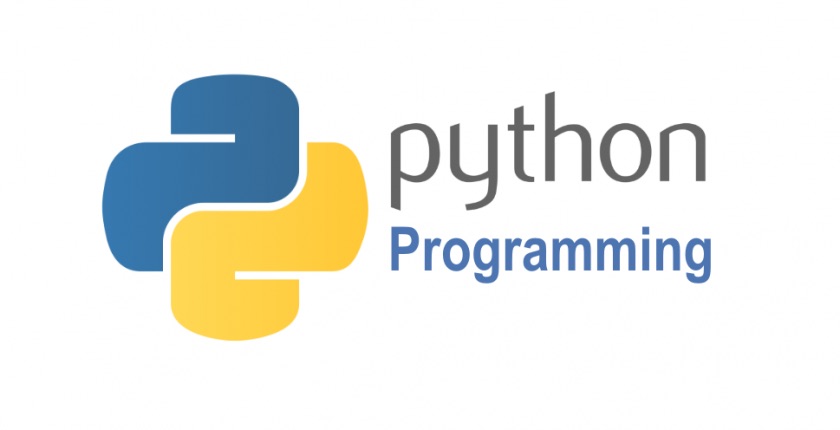 So, these types of sectors generally prefer the Python programming language over the Go Language. Even data analysts and resource searchers use Python more than Go Language due to some of its specific features. It supports numerous frameworks that are required to analyze data and research work.

Read more: – How To Start Self Study Artificial Intelligence

When it comes to comparing the two highly useful programming languages, Python and GoLang for the forthcoming 2023, it is a very tough choice. Until and unless you do not have good knowledge about programming, you won’t be able to differentiate between the two easily. There are several parameters on the basis of which we can compare the two programming languages. Speed, Accuracy, Reliability, web development support, concurrency, scalability, and machine learning support are some of the basic parameters that we used to compare both languages. In most cases, Go Language is preferred more than its counterpart.