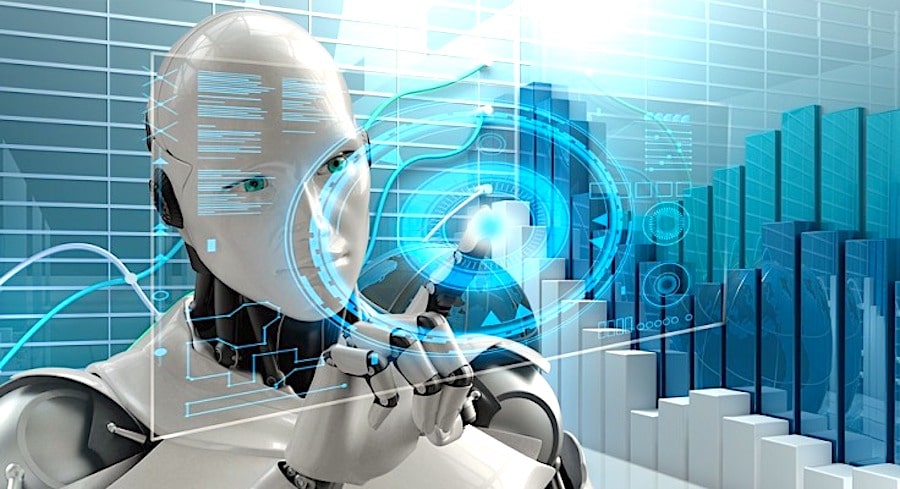 No one can deny a computer’s ability to process logic!!

According To Gartner, the industry’s adoption of Artificial Intelligence applications has grown up to 270% in the last 4 years. So, it is completely safe to say that the future is.

Artificial Intelligence is grabbing millions of eyeballs from the past few years and even experiencing drastic growth all over the world including China, Germany, Norway, The United Kingdom, and Sweden in industries like telecommunication, transportation, medical sciences and in our LIFE also. AI applications can only be limited by Imaginations.

Economists, Policymakers, Academics and Futurists are already enjoying its power, and you will also want to implement it into any app that you want to develop. All thanks to greater computer power that always brought new breakthroughs and made everyone’s life easier.

Its growth and development have already shown a massive impact on numerous industries globally. This saves money, time and improves productivity significantly. This technology allows computers and machines to function in an intelligent manner, so nobody can refuse the power of Artificial Intelligence application.

Understanding the types of Artificial Intelligence is really important to get a clear picture of its potential. Basically, there are 2 systems of classifications based on AI’s abilities to perform different tasks. The key idea is to get its functionality close to operations of the human mind, teach it how to “feel” and “think” like humans.

What are the types of Artificial Intelligence?

This is also known as Weak Artificial Intelligence. The capabilities of this program lie within the scope designed by humans, and it can only perform the action that it was programmed to, which makes its abilities limited by human decision. It can only mimic human actions that can be interpreted in some algorithm and which allows computers to outperform humans in some set of very specific tasks.

At this stage, the machine does not possess any thinking ability, and it just performs a set of predefined functions.

This is the next level of Artificial Intelligence. If ANI is only capable of copying human actions, then AGI will be able to “think” and “reason”. General Artificial Intelligence is a type of AI that can perform any intellectual tasks as humans and will be more human-like in the sense that it will be able to form connections and generalizations across domains, performs more complex tasks and will have multi-functional capabilities, just like humans.

This is also known as Super Artificial Intelligence. Humans, who are limited by slow biological evolution could not ever compete and would be superseded. We can expect ASI to be the victory of AI development – a machine that will be able to “feel” and “think” just like humans and excel us in logical functions because of greater memory capabilities, decision-making processes, and faster data processing and analysis. Artificial Intelligence can be best described as the zenith of AI research.

AI’ second system divides into 4 types based on the ability to perform human-like operations and the similarity with human behaviour.

This type of Artificial Intelligence machine can just perceive the universe and react to various preprogrammed stimulants. It cannot learn from past experiences and have limited performing capabilities programmed by the human, which means it does not have memory-based functionality. It can perform present optimized action but cannot store information to improve that optimization in the future, which ultimately makes its abilities very limited.

Read more – Advantages and Disadvantages of Artificial Intelligence in Healthcare

This type of Artificial Intelligence machine can retain memory for very less time and use deep learning to improve their own performance. They are capable of storing previous information for future references.

These machines have the abilities as that of purely reactive machines, and it is represented by chatbots, virtual voice assistants, improving hotel booking algorithms and many others. Self –driving cars are the best example that can store data such as the distance of cars with nearby cars, their recent speed lane markings, speed limit, traffic signals, etc.

Theory of Mind Machines is focused on figuring out someone else’s goals or intention, and it is also extremely important for social interaction. These Artificial Intelligence machines are the future that has not been developed yet but research shows that the way to make advancements is to start by developing robots that are capable of identifying the movements and act according to the looks. It can be defined as a simulation.

They are able to perform human-like actions based on their emotions, beliefs, needs and thought processes. It also allows machines to easily understand a human’s intentions and motives, bringing mutual collaboration to the next level.

This is the final level of Artificial Intelligence development. This type of machine will not only be able to understand human emotions and feelings but also have the ability to express their own and gain awareness and potential desires and ideas.

While we are probably far from developing self-awareness machines, we should really focus our efforts towards learning, understanding memory and the ability to base decisions on previous experiences. These machines exist hypothetically today and are self-aware just like the human brain, and this is a really important step to understanding human intelligence on its own.

Read more – How to Start Self Study Artificial Intelligence

Artificial Intelligence means designing intelligence that is on a higher level of capacity than humans. AI has become a trend that cannot be ignored, and it is entering our lives with the purpose to stay there. It is really exciting to see how this technology is evolving, developing and helping zillion industries to grow their business.

Currently, we are transitioning from the first stage of Machine Learning into the second stage of Machine Intelligence and industry leaders like Google, Microsoft, and Starbucks are speedily taking advantage of the small advancements which have been done so far and investing tremendous resources in development and research.

The development of Super-Intelligent Machines would be the final stage but until then it is our responsibility to prepare for the transition to make it safe and ethical for humanity.

Recently, audiobooks are gaining very popularity for using ideas and different strategies. Most people are starting to listen to audiobooks because as per the serve they said audiobooks are a very easy way to gain knowledge, strategy and motivational tips. We just recently published an article on best sci fi audiobooks. We cover the best audiobooks in this article. Also, we add the best artificial intelligence and digital marketing audiobooks. So, Jump and increase your knowledge through audiobooks.