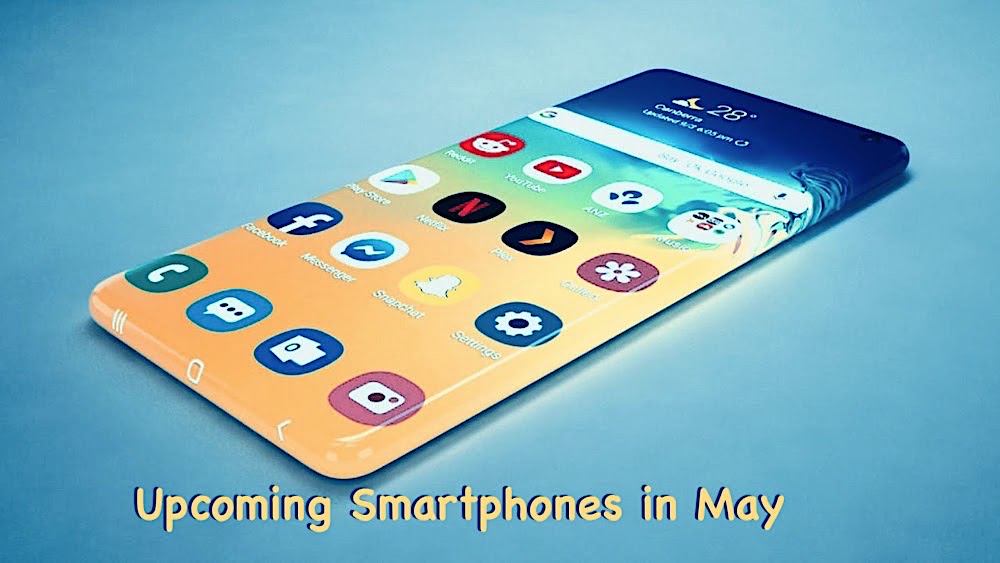 Coronavirus pandemic has predominantly caused many companies to halt the launches of their brand-new and upgraded devices. Nevertheless, technology enthusiasts have a lot of upcoming smartphones in May to look out for. The outbreak of the virus has remained a constant concern affecting the supply and production chain of many devices. Smartphones like iPhone 9, Jio smartphone, Samsung, and many mentioned below are some of the most awaited mobile devices. There are many options to choose from irrespective of one’s preference or budget limits.

Although the enthusiast will have to be well prepared for the upcoming mobiles May 2020 as it is predicted that GST is likely to add a hike when the smartphones will be sold. Most of these devices are popular among the users, and they were in the list of most awaited for a long time. Let us learn more about them while understanding their specifications and availability-

Top upcoming mobiles in May 2020 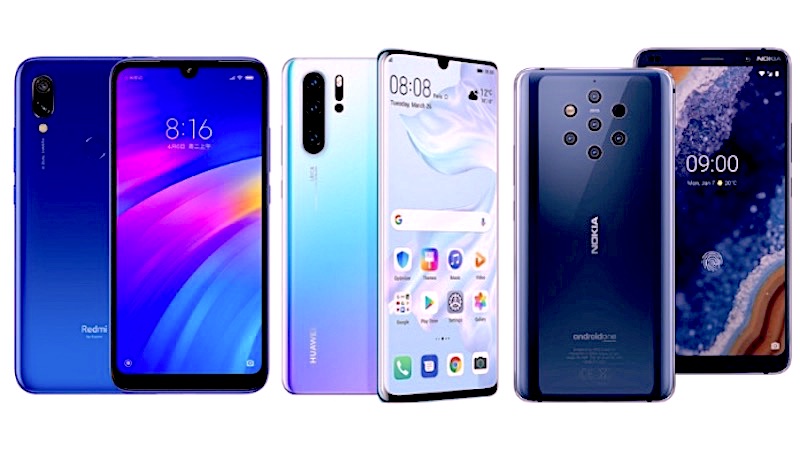 The Smartphones from Nokia series are always promising, one such in the chain is Nokia 10. The Smartphone was about to be released earlier in 2020, but due to global lockdown, it has been rescheduled to May. This upcoming smartphone in May 2020is speculated to have a higher price range i.e. around INR 40,000. It will have a 6-inch touch screen along with a super AMOLED display. 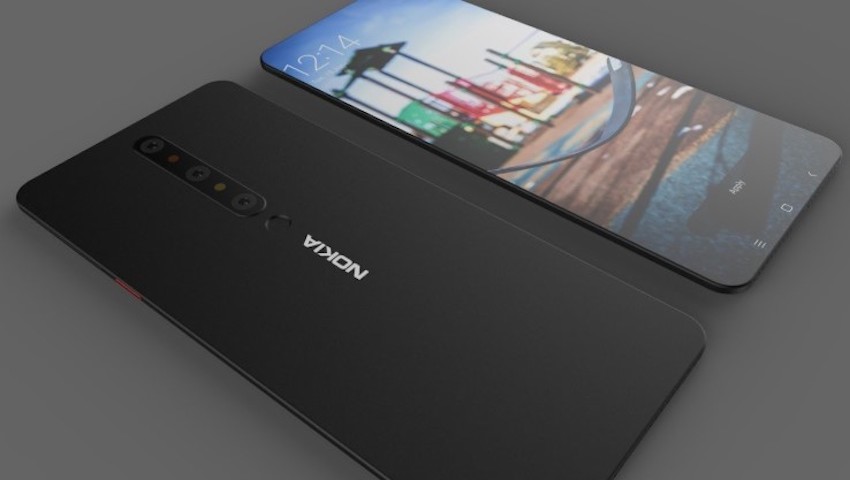 Furthermore, it is equipped with a dual camera, 13 MP secondary camera, and 8 MP rear camera along with many other features. It is also bundled with an onboard storage space of 128 GB which is enough to store a number of files or data. This smartphone will also have 4G connectivity and other modules for a better connection. Nokia 10 is backed with a non-removable Li-Ion 4000 mAh big battery that provides round the clock running. It also supports quick charging and ensures that the battery is completely charged within no time. 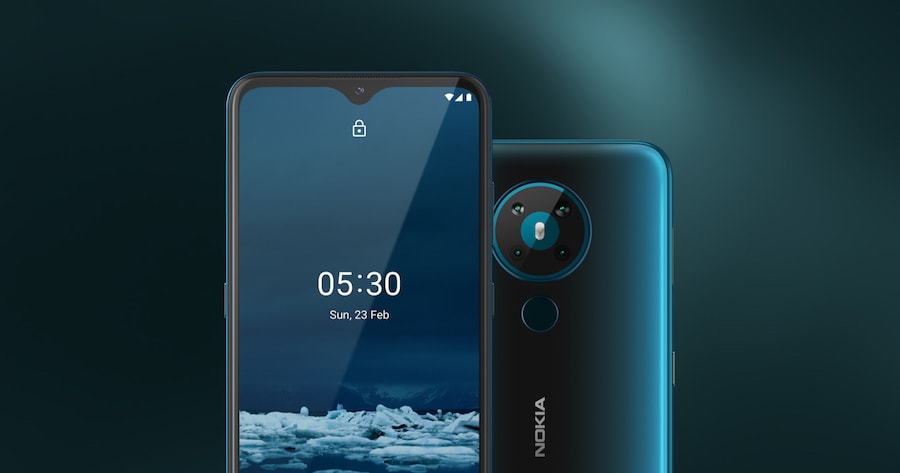 Nokia 5.3 is one of the most awaited smartphones, and its earlier release was planned in India by April, but with the pandemic now it is rescheduled for May 2020. This smartphone comes with a 6.55-inch screen running under the hood of Snapdragon 665. It has 4 camera systems, and its rear camera has 13 megapixels with 5MP ultra-wide-angle shooter, 2MP depth sensor, and microsensor. Upfront the smartphone has an 8-megapixel camera, and it is backed with a 4,000 mAh battery. This is an incredible upcoming smartphone in May 2020 under INR 15000 that comes with 2 years of guaranteed Android updates. 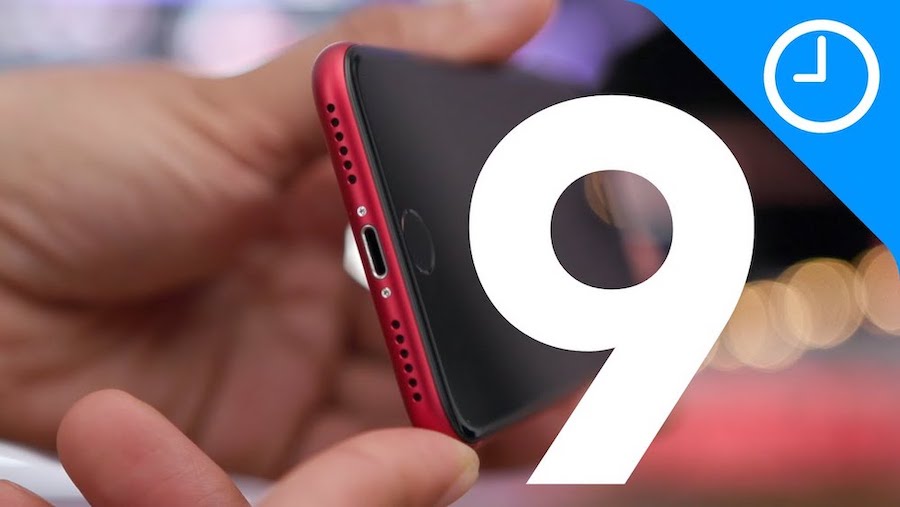 This is the most awaited 2020 upcoming smartphone from the Apple series. It is also a low-cost iPhone having an almost similar appearance as the iPhone 11 pro, especially in the category of light and frosty glass back a touch. The iPhone 9 boasts about having around a 5.5-inch screen and has iOS 14 chipset along with an A13 Bionic chipset. The battery of this device is also similar to the iPhone 8 having the capacity of 2050 mAh. It is expected that the RAM of this device will be around 3GB having 64GB or 128 GB internal storage. For starters, it may come with the rear camera of a 12-megapixel and 7 MP selfie camera. Earlier it was speculated that it might be released in April, but now it is an upcoming smartphone in May 2020. 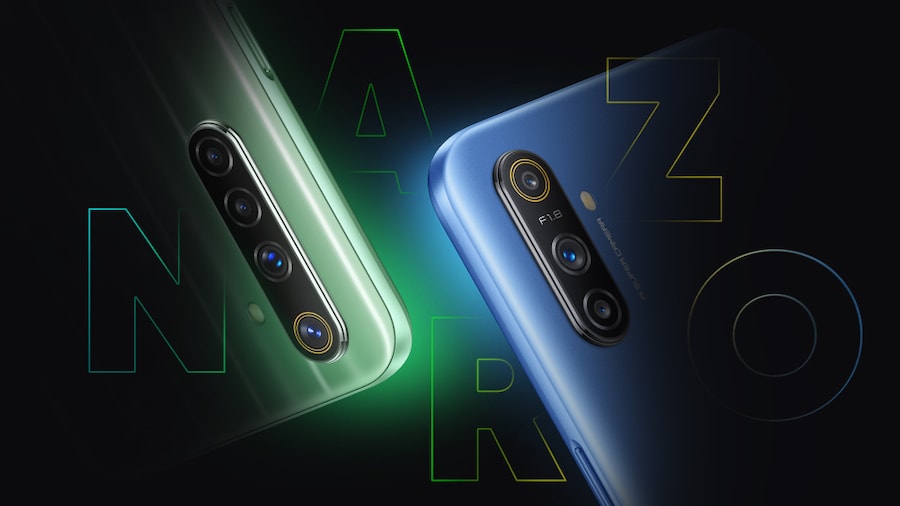 The Realme Narzo series is probably postponed again, but there will be two models unveiling in May ie Realme Narzo 10 and 10A. On a prominent website ‘A TuTu’, model 10 was leaked, and the same website matched it with Realme 6i. This device will be launched in Myanmar and is going to be reframed as Realme 6i. This device will come with a top-notch quality having a drop style appearance and will have a tall display. If one is looking for a budget-friendly smartphone then this could be their best choice in the upcoming smartphones in May 2020 as it is under INR 20,000. 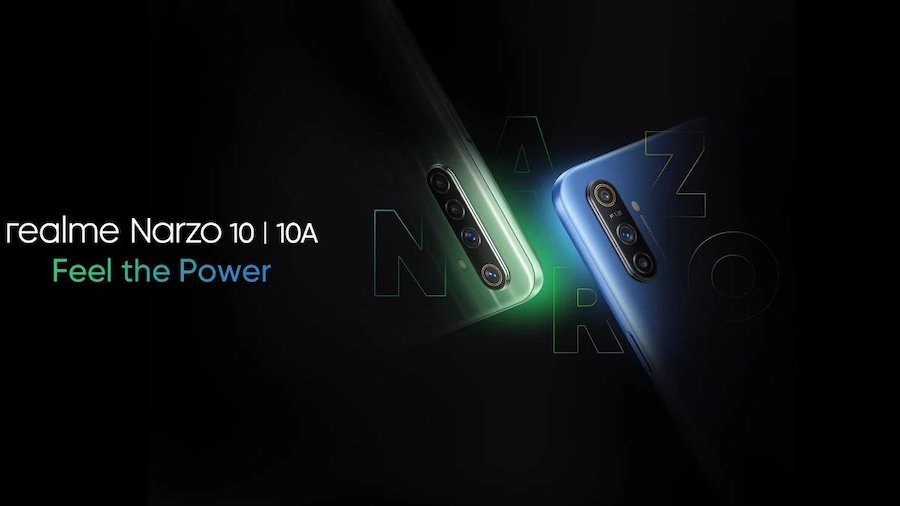 Realme Narzo 10A as Realme 6i is powered with MediaTek Helio G80 processor and it is also expected to be blended with Realme 6i. 10 A price is expected to start from INR 15,000 in India and will remain in the range of INR 10,000. Due to the countrywide lockdown and fast spread of the virus, it’s earlier launched from March 26 has been cancelled and postponed to May. Narzo 10A smartphone is expected to have a variety of features, including a big battery and four camera setup. 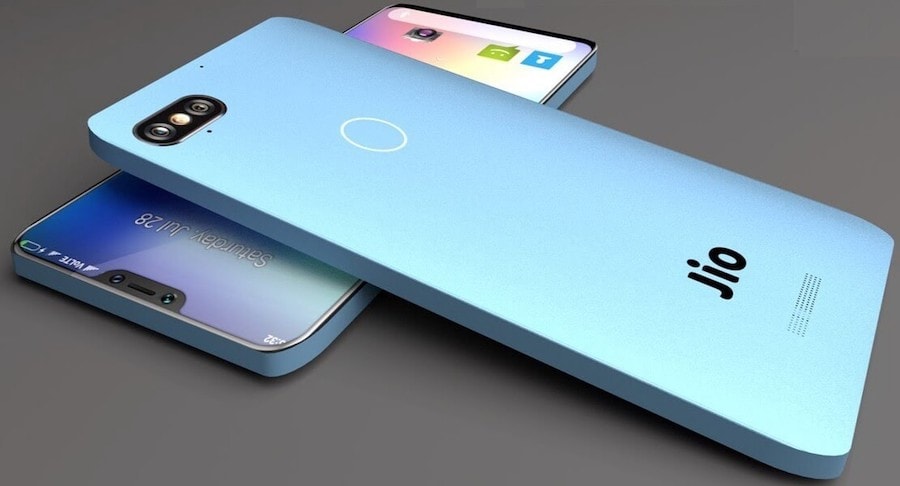 Jio mobile phones need no further explanation and are one of the most awaited or better say upcoming mobile phones in May 2020. The specifications of this device will leave you stunned, and the speciality of this device is that it is super affordable (following the updates). One will be able to afford this device under INR 5000. It has a 2-megapixel front camera and 5-megapixel primary camera. This device will come with a 5 inches display screen, and its battery capacity will be 2800 mAh. Its specifications include a micro USB port and Android v8.1 (Oreo), 2GB RAM, Quad-core, 1.4 GHz, and a lot more. 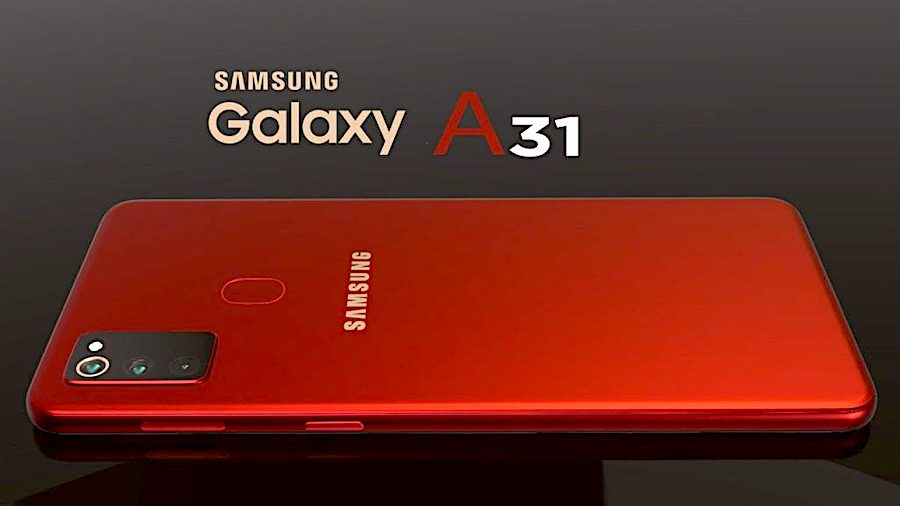 This is going to be an outstanding Samsung smartphone that will be released after a long time. It is powered with a MediaTek chipset. It is also one of the most reliable upcoming smartphones in May 2020 under INR 10,000. It features a water-drop display that is almost comparable with punch hole cutouts in A51 or A71. This device is expected to have an on-screen fingerprint sensor, face unlocking feature, a 20-megapixel front camera, and a 5-megapixel rear camera. It will also have 64GB internal storage that can be extended up to 512 GB. The display screen size of this device will be 6.4 inches tall. 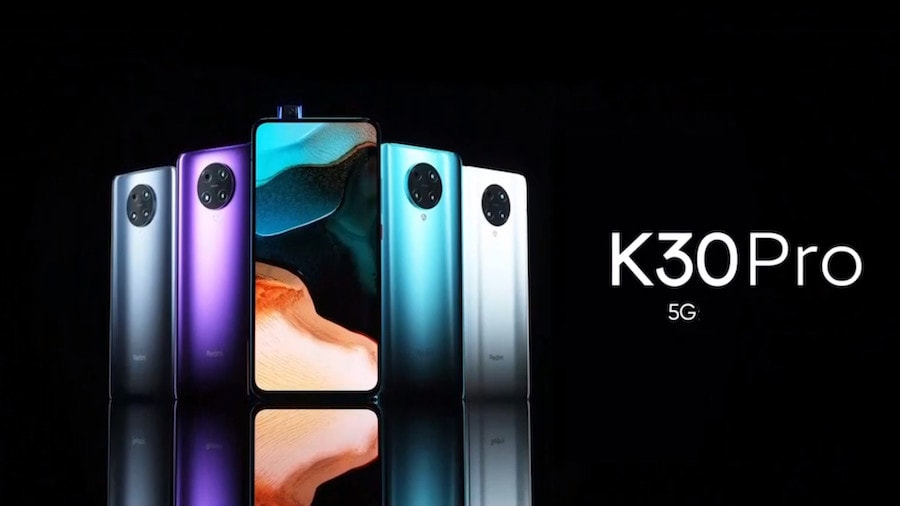 The K30 pro smartphone is a follow-up of k20 pro that is powered by Snapdragon 865 SoC. It is speculated to feature on a notch-less screen display and enable 5G support. In addition to it, K30 pro will support fast charging with 4700 mAh battery and 33 W charging. It is most likely to be launched in May. The screen size of the smartphone is 6.67 inches tall, supporting 8 GB RAM, and Android operating systems. It is better to have an octa-core processor and Qualcomm SM8250.

The Corona pandemic situation at present is obviously worst, but still, one can get the best deals out of upcoming mobiles in India May 2020.All one has to do is wait for a couple of more days and to watch out for these amazing smartphones releasing in May and choose the one that suits their needs and requirements.