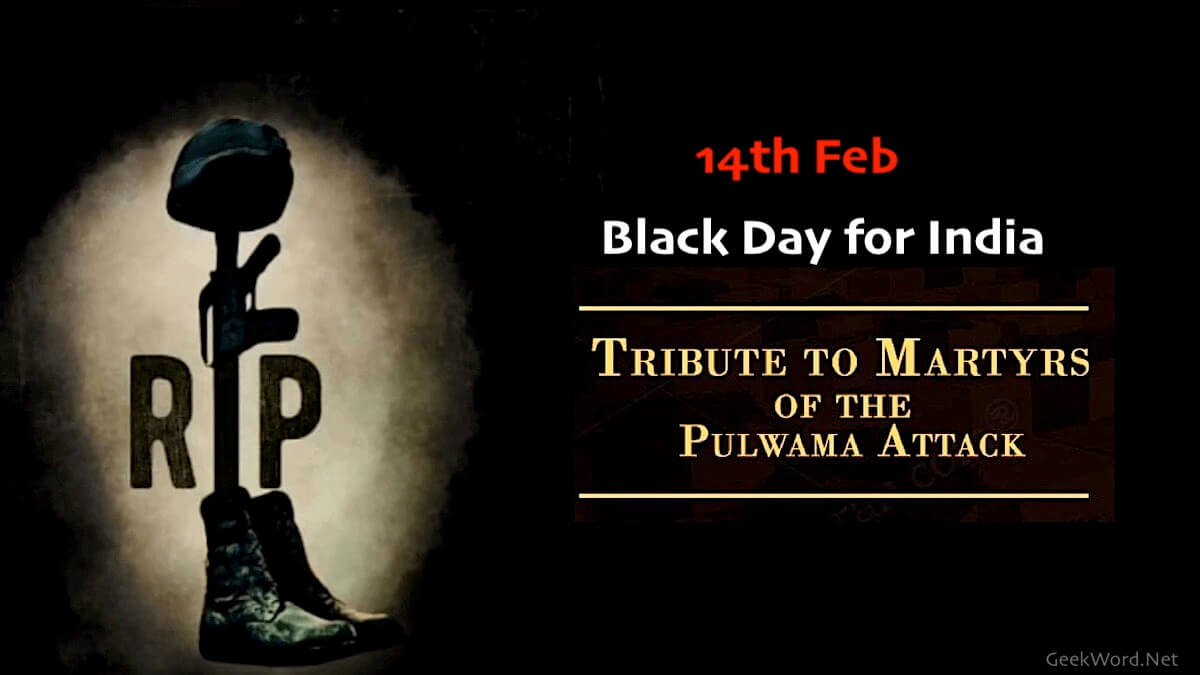 Mourned as the ‘black day‘ throughout India, February 14, 2021 marks two years since the Pulwama terror attack. Almost 40 Indian fighters were martyred in one of the most devastating attacks on the soil of Jammu and Kashmir in the last decade. It occurred after a suicide bomber crashed an IED-loaded vehicle into the security escort. The caravan had 78 transport buses containing around 2,500 security staff who were going from Jammu to Srinagar.

This cowardly terror attack occurred close to Awantipora at around 3:15 pm and brought about the demise of 40 CRPF jawans, while numerous others were injured. Days after the 14th Feb black day for India, the bombing was taken responsibility for by the Pakistani suicide bomber group Jaish-e-Mohammed (JeM). A 22-years-old suicide bomber from JeM, Adil Ahmad Dar, had slammed the explosives-loaded vehicle into the bus. JeM broadcasted a video of Adil from Kakapora, who had joined hands with the group a year before.

Pulwama Attack: What The Investigation Disclosed

A 12-person group was dispatched by the National Investigation Agency to investigate the Pulwama terror attack with the support of the Jammu and Kashmir police. Preliminary examinations revealed that the vehicle carried around 300 kilograms (660 lb) of explosives, including 80 kilograms (180 lb) of RDX, a highly hazardous explosive, and ammonium nitrate.

Lt General Hooda asserted that the explosives may have been robbed from a construction site and that it was implausible that they had been carried from across the boundary. However, there was a lack of substantial evidence.

Afterwards, the National Investigation Agency managed to confirm the identity of the terrorist using the DNA samples from “sections” of the vehicle used in the terror attack. The samples matched with the DNA of Adil Ahmad Dar’s father. However, even after this timely investigation, the NIA couldn’t track the origin of the explosives. 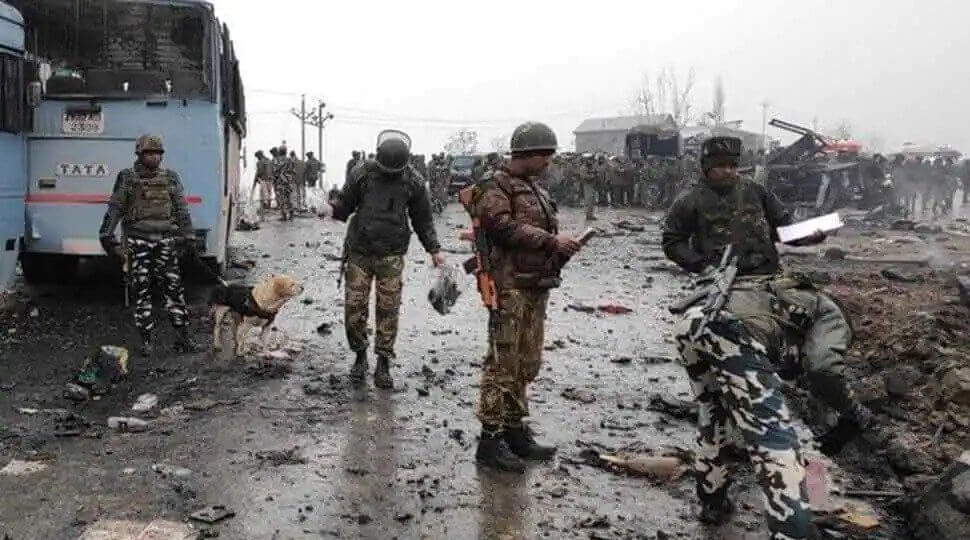 After the Pulwama attack black day, the public authority of India recommended the Financial Action Task Force (FATF) to boycott Pakistan for its financing of terrorism. The FATF chose to keep it under the ‘grey list’ and gave Pakistan a deadline till October 2019 to follow the 27 conditions it had laid down in June 2018, when it had first been put under the ‘grey list’. If Pakistan neglected to fulfil its duties, it would be boycotted. On 17 February, the international organization repudiated security arrangements for Pakistan’s leaders.

On February 26, twelve Mirage 2000 planes of the Indian Air Force crossed the Line of Control (LoC) and dropped explosives in Balakot, Pakistan. India declared that it eradicated a Jaish-e-Mohammed instructional camp and got rid of almost 300-350 suicide bombers. In the meantime, Pakistan asserted that it immediately released its own planes to catch the IAF jets which had rapidly crossed over the Line of Control, back into Indian territory.

On February 27, the Pakistan Air Force directed an airstrike in Jammu and Kashmir in retribution for the Indian airstrike the day before. Both Pakistan and India concurred that no harm was done by Pakistan’s bombardment. However, in the subsequent altercation between Indian and Pakistani planes, an Indian MiG-21 was shot over Pakistan’s territory. Its pilot – Wing Commander Abhinandan Varthaman was caught. Pakistan later released Varthaman on 1st March.

Tribute To The Pulwama Attack Martyrs

Prime Minister Narendra Modi honored the security workforce who lost their lives in southern Kashmir’s Pulwama attack in 2019. “No Indian can forget this day. Two years prior, the Pulwama terror attack occurred. We honour every one of the Pulwama attack soldiers who were martyred in the attack,” Modi said during his speech in Chennai. The Prime Minister also said that the entire nation would always be proud of its soldiers, and their courage would continue to inspire generations ahead of us. 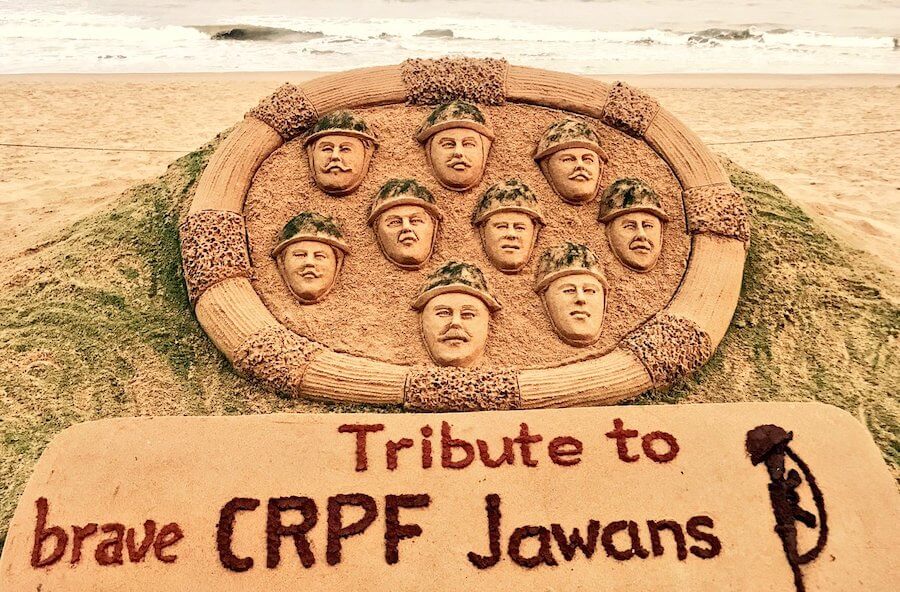 Home minister Amit Shah also paid tribute to the Pulwama attack martyrs of the Central Reserve Police Force (CRPF) on the second commemoration of the black day. “I bow down to the bold soldiers who lost their lives in the disastrous Pulwama attack on the “black day”, 14 Feb in 2019. India won’t ever fail to remember their remarkable endurance and intense sacrifice,” he wrote on Twitter. 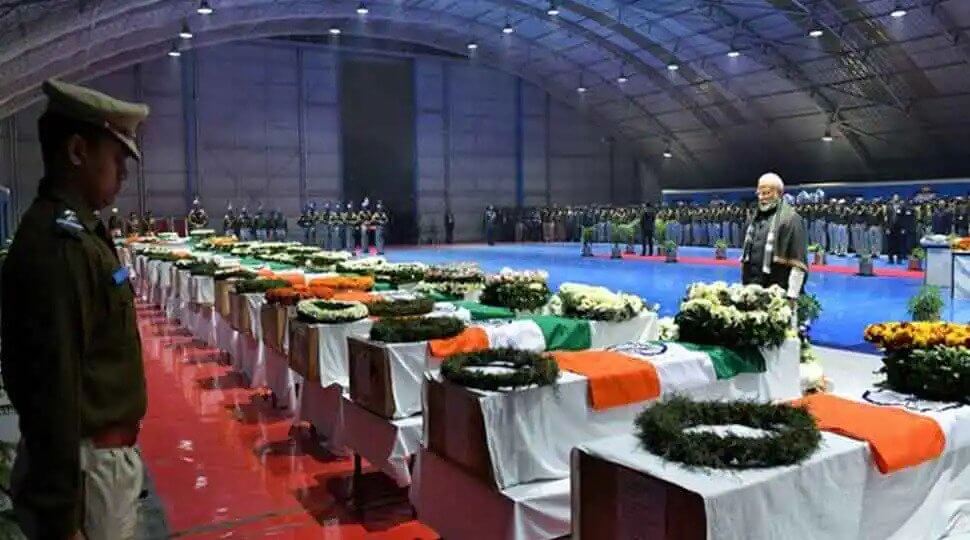 Congress leader Rahul Gandhi likewise honored the officers. “A tribute to the courageous warriors, who passed away in the Pulwama terrorist attack which was the black day of India on 14 Feb. A tribute for their families as the nation owes you”.

Forty CRPF soldiers were killed and many others were severely hurt when on 14 Feb, the black day. From Kerala, Tamil Nadu, and Karnataka in the south to Odisha, Assam, and Jharkhand in the east, nearly every state lost a brave fighter in the terrorist attack. 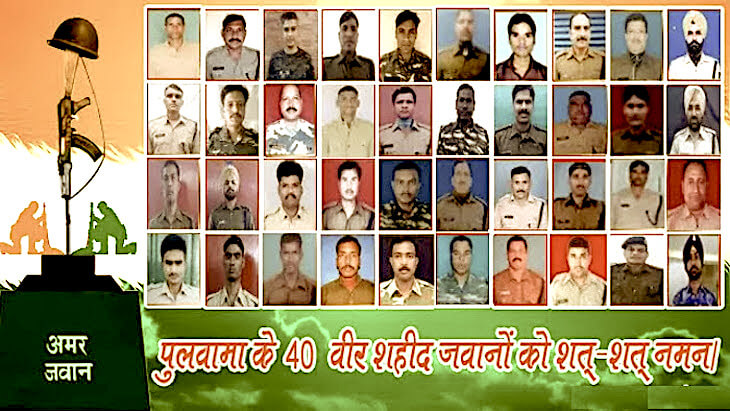 Roses over the coffins are shouting in anger, tricolour around our fighters is sobbing in silence. Salute to all CRPF jawans of the Pulwama terror attack.